What is there to say except that NWA is very hot right now.

After an up-and-down year where the remaining members of the legendary and influential rap group released a critically acclaimed and wildly popular film, they were also famously snubbed by the Academy Awards with only the four white writers being acknowledged for Best Original Screenplay.

Maybe this is just what was needed to turn things back around. Check out the 2016 election parody, “Straight Outta Options!”

First thing’s first, the actors who portrayed Dr. Ben Carson and Jeb Bush (Derek Reid and Owen Robinson respectively) were hilarious and spot on. Second, is this a covert pro-Bernie Sanders ad, he got off pretty light during his part. Sure he made fun of himself for being old, but we all know he’s old. Not that big a deal.

And lastly, how sad is it that this is a parody yet it contains mostly factual information? There was little to no exaggeration for satirical purposes here. These are things these nut cases have actually said, believed and done. 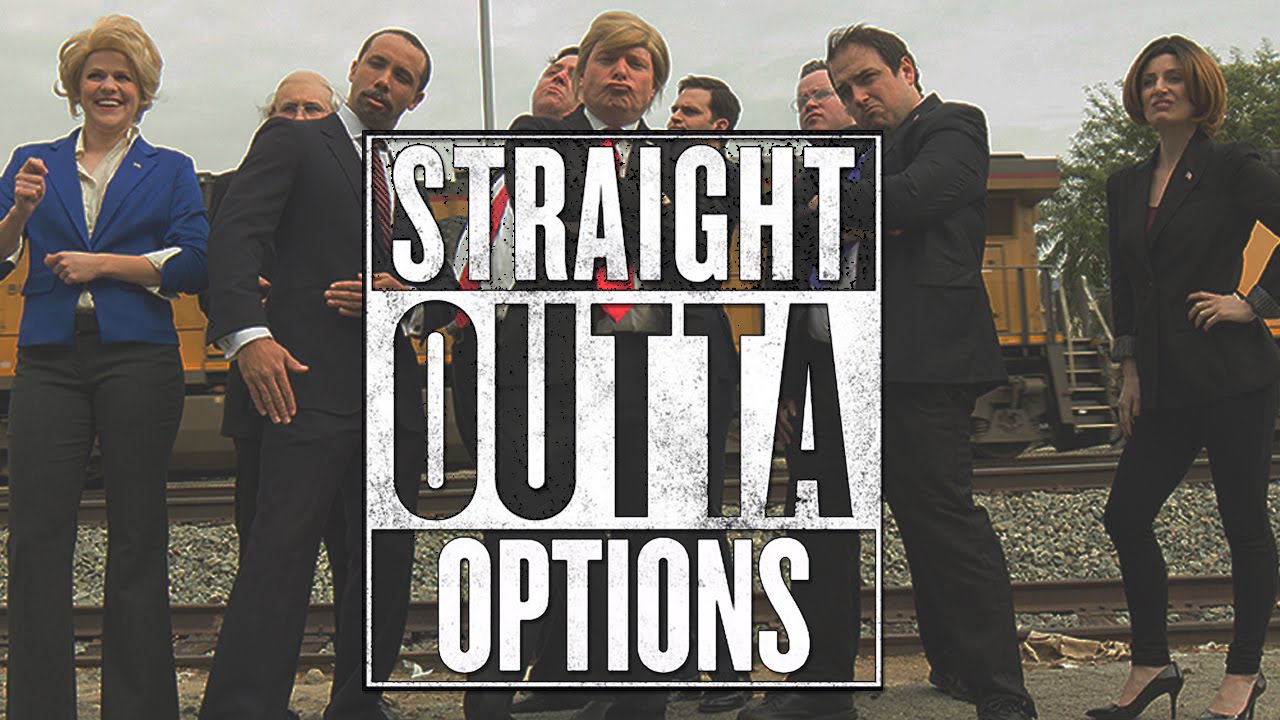