The man walked up to the bar on a Wednesday, late morning. It was winter and under the small man’s coat was a pressed shirt and tie.

He appeared to be a professional and should’ve been at work. 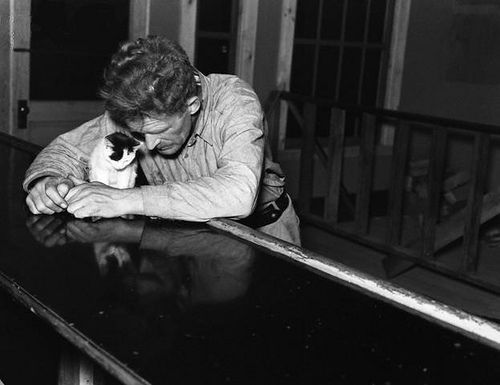 Aries thought it strange, but didn’t want to dwell. They were busy opening for the lunch crowd and if some Office Troll wanted to blow off some midday steam, why should he care?

“I know him,” whispered Jolene. “He comes in on Friday nights sometimes. Late. Always alone.”

“Thanks, but I didn’t ask,” said Aries. “Do we have glasses washed and ready.”

“You should find out what he wants,” she continued, oblivious to how little of a damn Aries gave. “I wanna know what he wants.”

“I’ll get to him when I’m ready. What about those glasses. I need some pourers for the rails and go ahead and face the bottles.”

She’d thought better of it, sucked her teeth, rolled her eyes, spun 180 degrees and walked into the kitchen without a word. No, she wasn’t that defiant, Aries thought, not yet.

Give her another month though, soon she’ll end up leaving like everyone else he’s managed; gone, chasing bigger and better things.

Finally, he walked over to the man who had been fiddling with a charge card in his hand, “May I help you?”

The man looked at him with blush-wine red eyes. Then he looked around at the bar, “I want to open a tab,” he said with a surprisingly weak voice. “I want a bourbon. …a good one.”

“Sure, no problem,” Aries poured a tumbler of Wild Turkey, Kentucky Spirit, took the card and ran it. The stranger again looked around the bar, not nervously though, but longingly.

“We pick up around lunch,” Aries said, apologizing for a reason he couldn’t put his finger on.

“Sure,” the man said, pointing to the bar. “Go ahead and pour yourself one.”

“He’s not wearing his ring. How do I know? Cause I just went over there on some Evan Bourne shit; shook his hand without him noticing why. Bauce!”

“Again, didn’t ask and don’t care,” Aries said, under the growing roar of the mid-afternoon rush. He was lying though. As the afternoon wore on, the stranger had become a bit of an obsession for Aries.

The man was an anomaly; a pot hole in what so far had been a very long and monotonously dull stretch of highway.

Most days, Aries was by himself. On the good days, when they did well however, it was because of Jo. Her schedule was off-and-on because of school, but when she did show up she brought the tips; her and her plunging necklines. She understood the game and how things worked. She cooed to the men and bent over at the waist to pick up fallen silverware. Little things like that, little tricks; she was a natural hustler. He liked having her around.

Unfortunately, his bar was in a college town and no one worked there for long. They came in, worked a semester or two then left. Sometimes they’d come back, often times they wouldn’t. And then it would be just him. It was the pattern of things.

“Okay, well he says he wants bourbon,” Jo said, leaning against the bar while Aries worked his side of the bar. “He’s not my customer, so I told him you’d get it.”

The crowd had grown. And as more people showed, the stranger had become generous with his money. The noon crowd got a treat when he bought everyone a round, twice. The second rush, the post-lunch folks, got similar treatment. As long as he was charging and willing, Aries didn’t see the problem. The man seemed good for it. Besides, he was so odd, Aries was just happy there were other people to occupy the man’s attention.

He poured another glass of Wild Turkey, neat, put it on a napkin and slid it over. The gentleman was currently surrounded by other patrons, buzzing and floating about him like carbonated bubbles. They were all drunk. They knew less about the guy than Aries. All they knew was that he was buying.

“You want a check, or are you straight?”

The man looked around. He still had that hollow look to him, “no…keep it open.” He looked to Aries, “you want one, you can have one. Seriously. I’m killin’ this card tonight.”

Aries shook his head, “no, uh…maybe later?” The man nodded and signaled another round for the bar. The crowd erupted and it was deafening.

People go to bars looking for death, this was a fact that Aries had grown to accept about his profession. No one goes to a bar to later feel better about themselves, they go to drink the life from their bodies. Near the night’s end, his customers become ghosts; whispers of the people they were only a few hours before. Soon the ghosts vanish from the bar to roam the streets, bringing death to others.

The crowds waned and ultimately cleared. The man was still there though. His tie and shirt ruffled and creased, but still intact. His eyes were blood red, and he was sweating, looking into a drying glass of bourbon.

“I don’t know what to do,” Aries whispered to Jo. “He shouldn’t drink anymore, he should probably leave.”

“Call him a cab, if it’s like that,” the young girl offered. “But don’t kick him out, he looks sad. He looks like Will Smith in 9 Pounds.”

This irritated Aries, but he ignored it. “I don’t know,” he continued. “He’s just eerie, being that alone can’t be healthy. He’s probably crazy.”

“Alright, kettle,” Jo said, drawing more ire from Aries. She hopped onto the bar for a seat, crossing her legs at the knees.

“Alright, alright,” Aries waved her and his rising temper off. “I’m just saying, it’d probably be better if he just went home.”

The crowds had dispersed and the man still sat, alone and awful; an image of something with a meaning that floated just beyond the grasp of Aries’ understanding. “I don’t know anything anymore,” he mumbled.

“Geez, have you even talked to him?” She asked. “You all up in his business, bitchin’ about who or what he’s here for, did you even think to ask?”

“Me?” Aries shouted. “You’re the one checking his fuckin’ wedding finger…of all the shits to do in a bar. Don’t you work here, you do work here, right? Every time I turn around you got some tidbit about this guy’s life that I ain’t ask for!

“Since, I’m the basket case around here, since I’m always so negative, maybe I should just mind my own fuckin’ business. You act like I should give a shit about any of this, I don’t. It’s just a job. I ain’t nobody’s psychiatrist. I ain’t nobody’s friend. So you handle him, you ring him up, you call him a cab and pat him on the ass if he needs it.”

Jo stared back at him, breathing deeply and defiant. “He’s Not. My. Customer,” she growled through clenched teeth. She took off her apron and walked angrily, passed him, into the kitchen.

The man was staring at a glass he hadn’t touched in hours. This is ridiculous, Aries thought. He walked over to the man with heavy feet, “Sir, I’m going to have to cut you off. We can’t let people get drunk here with no way of getting home.”

“Well, then maybe you should reign it in for tonight and I’ll see you tomorrow.”

Aries looked into the stranger’s red eyes, then down at the man’s hands. Sure enough, as Jo had observed, he wasn’t wearing a ring. There was a pale patch of skin where a band had once hung.

“Why don’t you have a drink with me,” the man asked, signing the receipt for his bill. His voice was weaker now. After hours of drinking, it was nothing more than a hoarse, autumn-leaf rustle, “life can get lonely out of nowhere, might as well enjoy the company while you can.”

“Sir, I’m going to have to ask you to leave.

“one…you can work after.”

Aries had had enough of this odd man; this man who would walk into a bar on a late Wednesday morning and stay until closing, in a shirt and tie, in the middle of the week; this anomalous bump in the road. It was at that moment that Aries decided he no longer cared about this man. He was going to make this man leave and he’d be rid of him and finally back to the regular pattern of things.

“Get out. Get out or I’ll call the cops. And if they don’t come, then I’ll personally drag your drunken carcass off that stool, across that fuckin’ floor and out my fuckin’ door. Do you understand me? You’re freakin’ me out, and I don’t give a fuck enough about you to figure out why, so leave. Just leave. No one wants you here you miserable, lonely fuck. You serve no purpose, so just go. Now!”

The man stared at Aries with crimson eyes, then dropped his head and nodded. He picked up his coat, threw it clumsily over his shoulders, straightened his tie and put on his hat. He looked over Aries’ shoulder and nodded goodbye. Aries turned to see Jo crying, behind him, in the far corner.

The man then turned 180 degrees, and floated slowly toward the door. It took all of his strength to push the big wooden thing open, but he did. And then he was gone.

Aries poured a shot of the last of the Wild Turkey. He began wiping the bar for no reason. The bar was empty and silent except for the droning white noise of the televisions in the background, and the rhythmic swiping of his rag across the bar top.

“Jo,” he called over his shoulder. “We got those glasses washed and ready?” She didn’t answer him however. She had left.